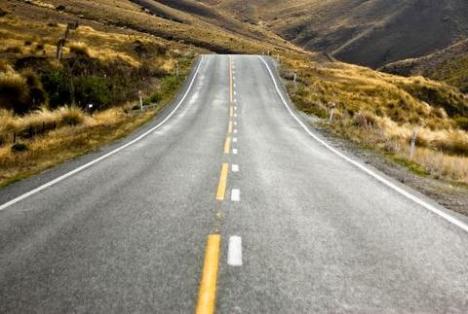 This week, I laced up and hit the roads again after a few solid weeks off from running (and, as you may have noticed, from writing). In years past, I’ve always adhered to a strict regimen of complete rest at the end of my season, but this year I toyed with the idea of running continuously post-marathon.

If my cross-country season is any indication, the idea turned out to be a bit of a flop. But it wasn’t a crazy thing to try: lots of great runners, my coach included, eschew complete rest in favour of a lighter day-to-day training period to recover after goal races. It’s one of those funny things in distance running that works for some athletes, and against others.

My own need for a period of complete rest wasn’t so much underscored in my cross-country race performances as it was in my easy training runs. I love running. But in the weeks that followed my fall marathon, I kind of hated it.

Running is much more than a workout for me; it’s an exercise in the maintenance of my mental well-being. A few short minutes into my run, the world around me starts to melt away. The frenetic mental processes that run at full-volume in the front of my mind for the better part of any day start to slide, very slowly, to the back of my brain. I begin thinking in a quieter, almost dreamlike state. I can lose minutes to this sort of solitary focus; on a good run, I can lose miles.

It’s an experience not unlike meditation, or even prayer.

I’m far from the first distance runner to make this observation. Boston Marathon champ Wesley Korir has spoken at length about the connection between his spirituality and his running. And this quiet, meditative state has as much to do with mental well-being as it does with performance. Just ask Canadian elite marathoner Krista Duchene, who’s advice about learning to “switch off” while racing the marathon was the difference between success and failure in my own October race.

In the day-to-day, getting “in the zone” on a mileage run can be extraordinarily useful. In psychology, this is called a flow state. Flow is a completely focused, single-minded immersion in an intrinsically rewarding task. Our emotions and impulses become channeled and contained. While the experience of flow is overwhelmingly satisfying and positive, it involves the sort of deep focus on nothing but the task at hand, wherein our emotions and even ourselves slip quietly away.

People who experience flow on a regular basis tend to report a higher overall level of happiness and satisfaction in their lives. They also appear to be more resilient in the face of difficulty or adversity. Which might explain why you so often hear runners say things like “my workout is the most relaxing part of my day” or “running is my therapy.”

Running has carried me through some tough times. It’s a comfort to know that, no matter what’s going on around me, I can always bet that 7K into a mileage run, everything will look brighter. Which is precisely why I was so resistant to taking time off this year.

In my post-marathon mileage, my body had technically “recovered” – I wasn’t dogged by any major injury or ongoing issue. But I felt run-down and worn out. I couldn’t get lost in my running and let my mind go blank, because I was too preoccupied by everything that didn’t feel quite right. Normally when I run, it feels like my mind is floating somewhere outside myself, hovering nearby in a sort of half-realized transcendence. In those weeks after the race, though, my mind was in my feet. Ask any marathoner: that’s not a place you want to be.

A few days ago, I laced up my shoes and hit the roads after just over two weeks of rest. It was evening: the sun had gone down, and though it was raining, the unseasonably warm December air was still and pleasant. I felt my mind go blank as my body slipped into that old, familiar rhythm. I ran past cars, past houses, past parks obscured in darkness, past the twinkling skyline of a city that’s never quiet, not even at night. I lost seconds, then minutes, then whole blocks. The miles slipped away.

Crossing the bridge that leads from Rosedale into St. James Town, it felt like I was flying – a feeling of total freedom and ability, and one I haven’t felt since the marathon.

There is nothing quite like two weeks off to make you appreciate what a gift it is to be able to run. So here’s to the holidays, to the year ahead, and to the lucky ones who’ll spend it chasing down those transcendental moments, and making something truly beautiful when they run.